How to propose to a girl in the middle of the famous boardwalk?!

Two months ago I received an unusual e-mail from Canada. Daniel was about to come to Split, Croatia, and he contacted me because he wanted to make a very important step in his life – he was planning on proposing to his girlfriend in Split. My role was obvious: to take photographs, but it was no ordinary proposal photographing. I was given an extremely responsible task of doing it in secret! The “extreme” part was even more extreme when I found out the location of the proposal: her favourite place in the world, Riva in Split!

Proposal shoots, the so-called secret proposal photography, is very popular in the West. Little by little people have decided they wanted this special event to be photographed as well in order to remember it, and since the better half is not supposed to know her man is about to propose, let alone that he hired someone to photograph this, these kinds of shoots become little detective missions.

My mission was exactly like that because my situation was even more complicated: I have never met Daniel before and I have only seen him and his girlfriend, Matija, on a couple of photographs he had e-mailed me. That meant that I had to find the couple, in the middle of the tourist season on Riva in Split, identify them from the photographs, and follow them. Of course I accepted the challenge and started this adventure.

Now, even Daniel, who plans everything, couldn’t expect that many people on Riva, but he had some lucky moments: 1. Both are pretty tall, so I spotted them and sent him a text so he could relax, 2. He managed to find an empty bench, probably the only one on the entire Riva and it was perfectly placed, 3. Since the place was crawling with tourists and cameras, me and my wife didn’t look suspicious while we were sneaking around with cameras.

The proposal turned out great! Daniel got down on one knee, in front of all those people and popped the question. The surprised girl cried tears of joy and was very pleasantly shocked while we caught it all on camera. Then she found out that we were there, and when Daniel pointed at us… she could not believe it!
After a lot of laughter and a whirlwind of emotions, we did a separate engagement shoot and had a wonderful morning in the centre of Split, taking photos in Diocletian’s Palace and along the coast. Now their photos are here and this story will be ready for their grandchildren years for to come! 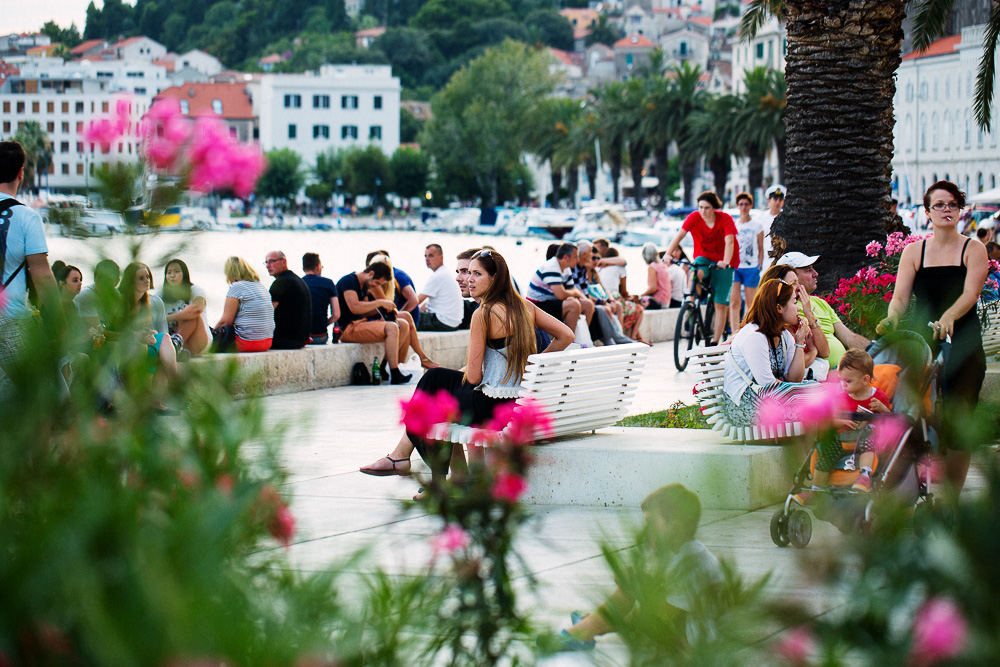 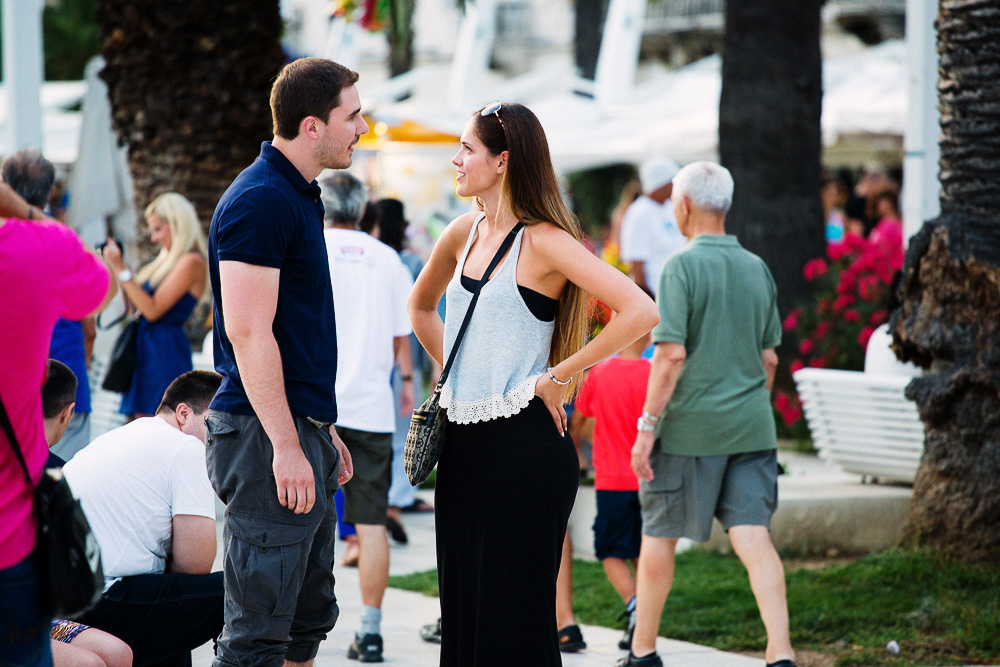 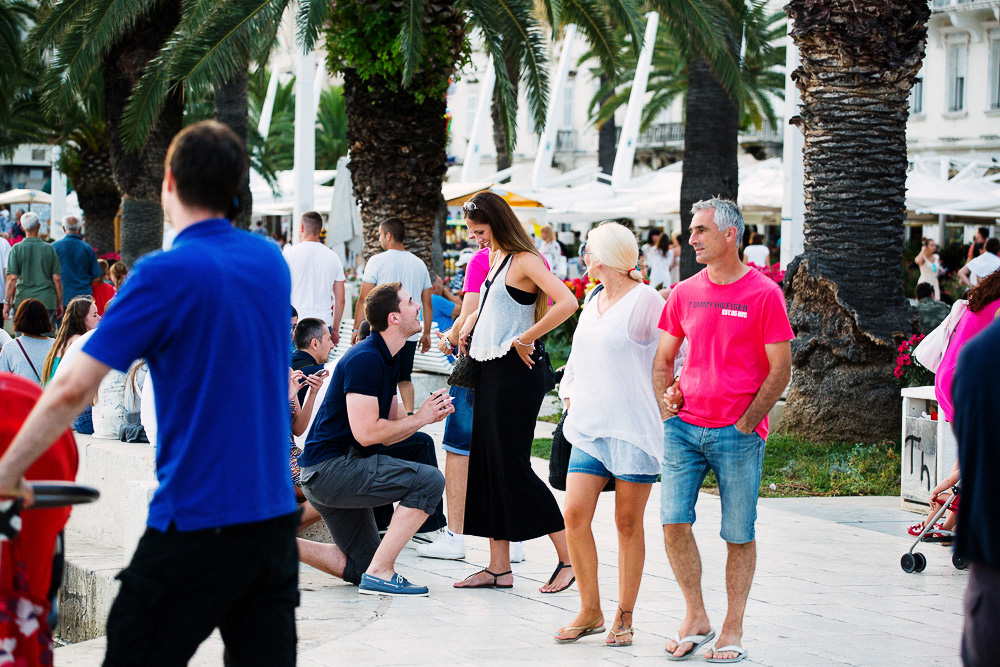 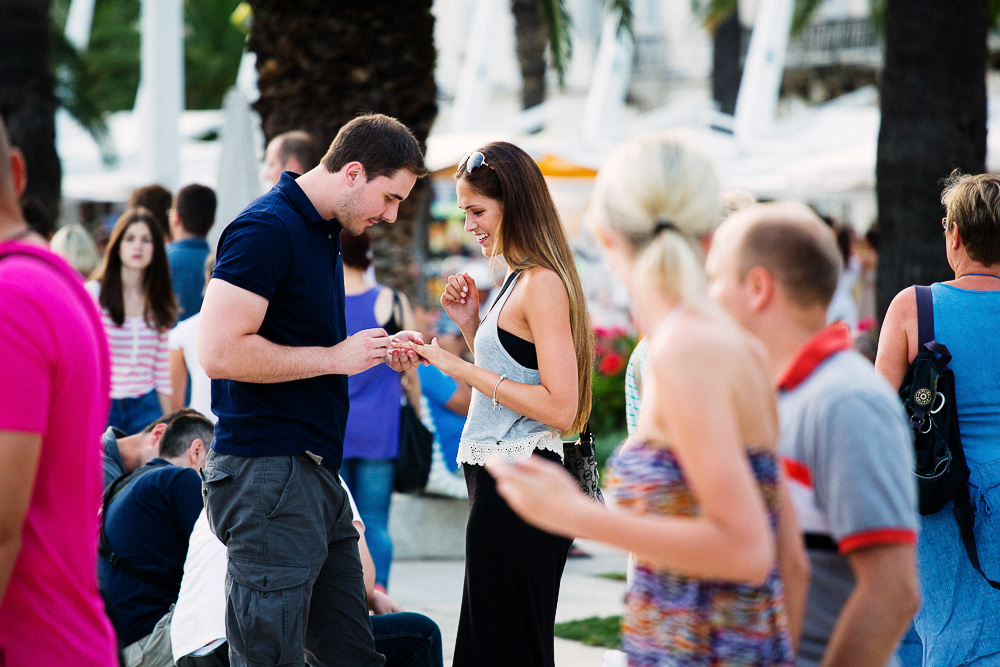 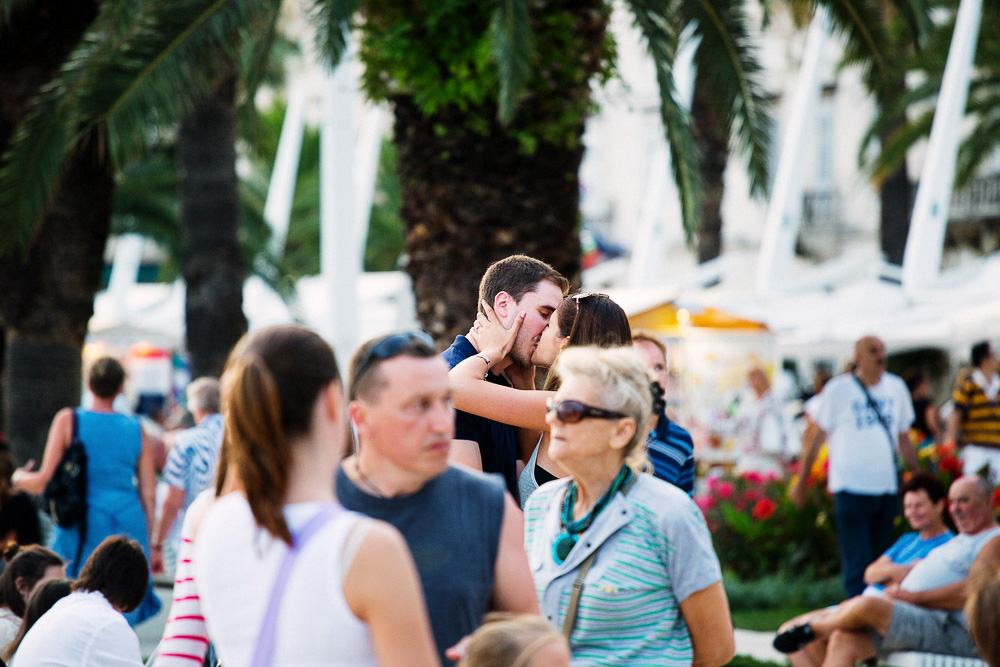 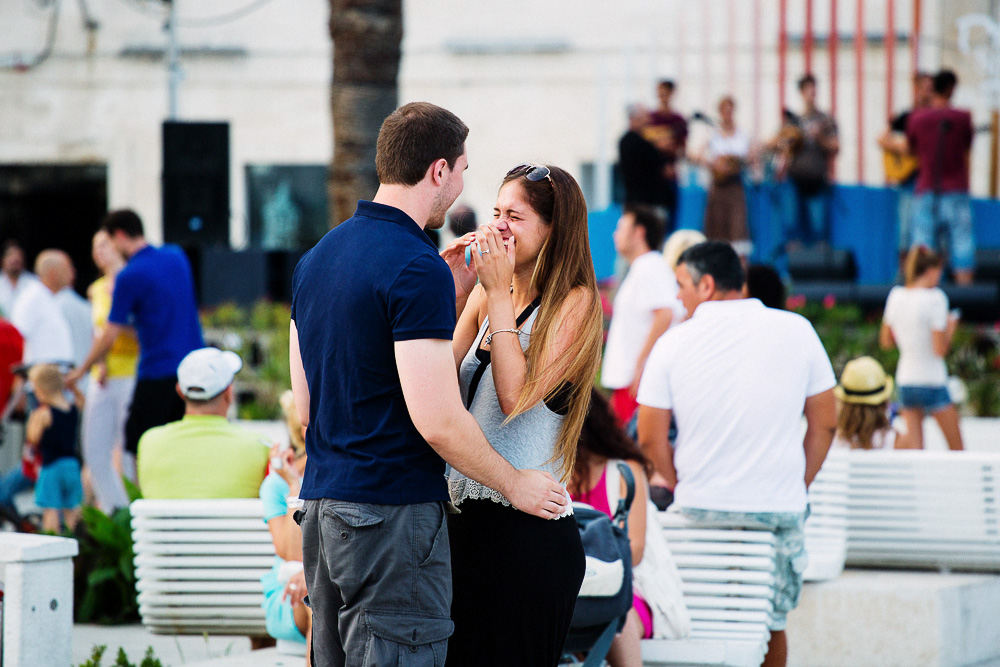 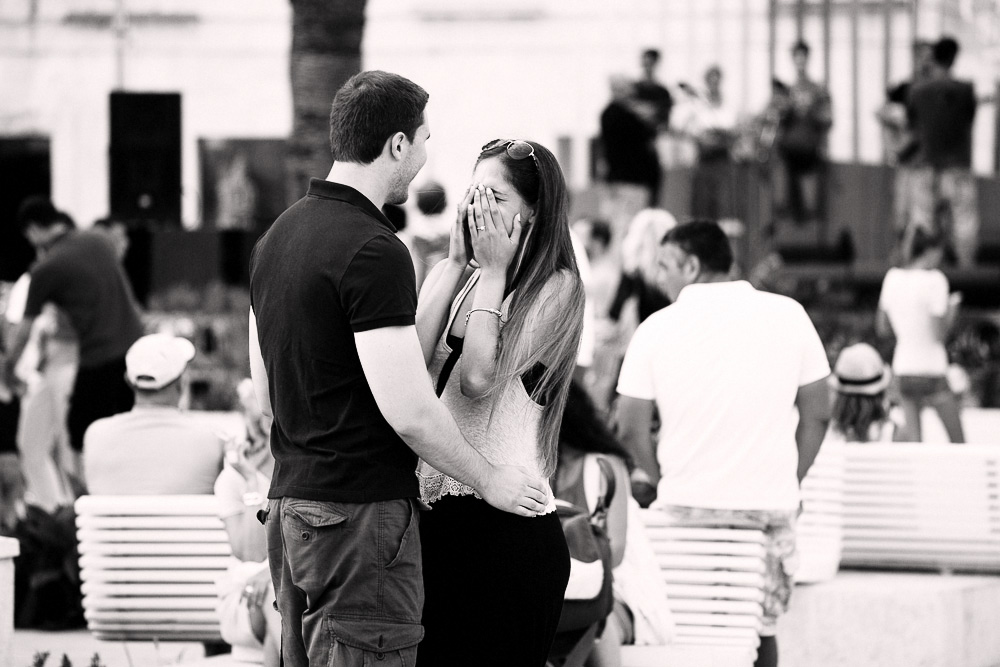 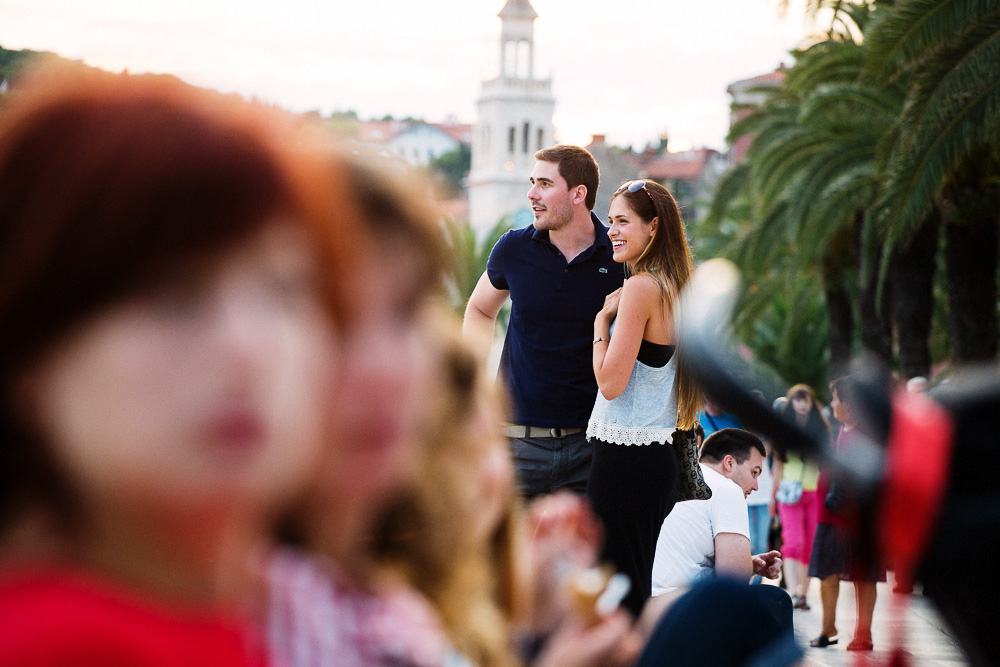 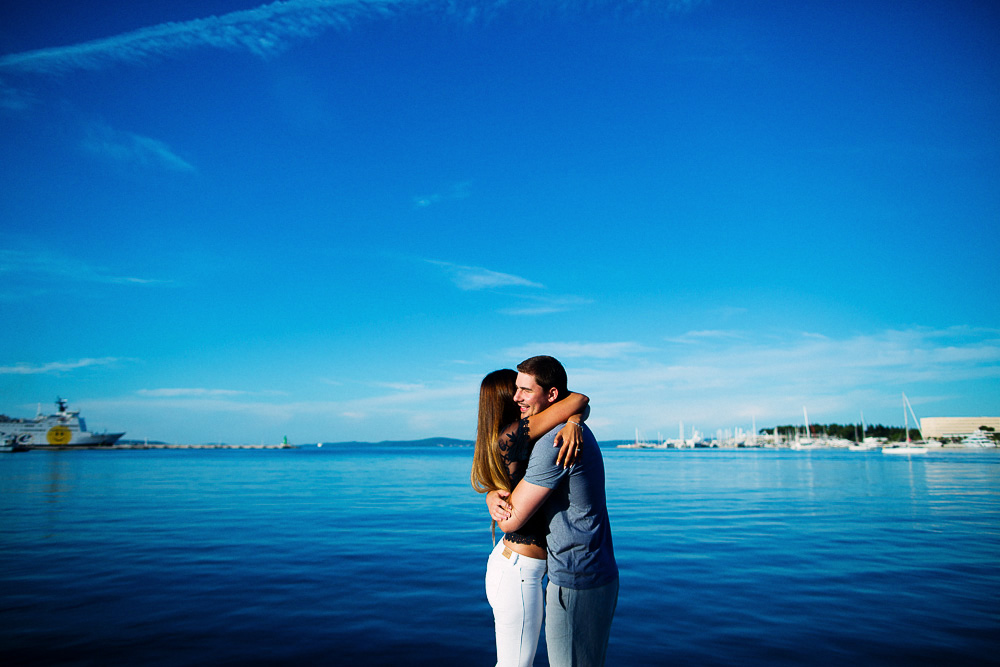 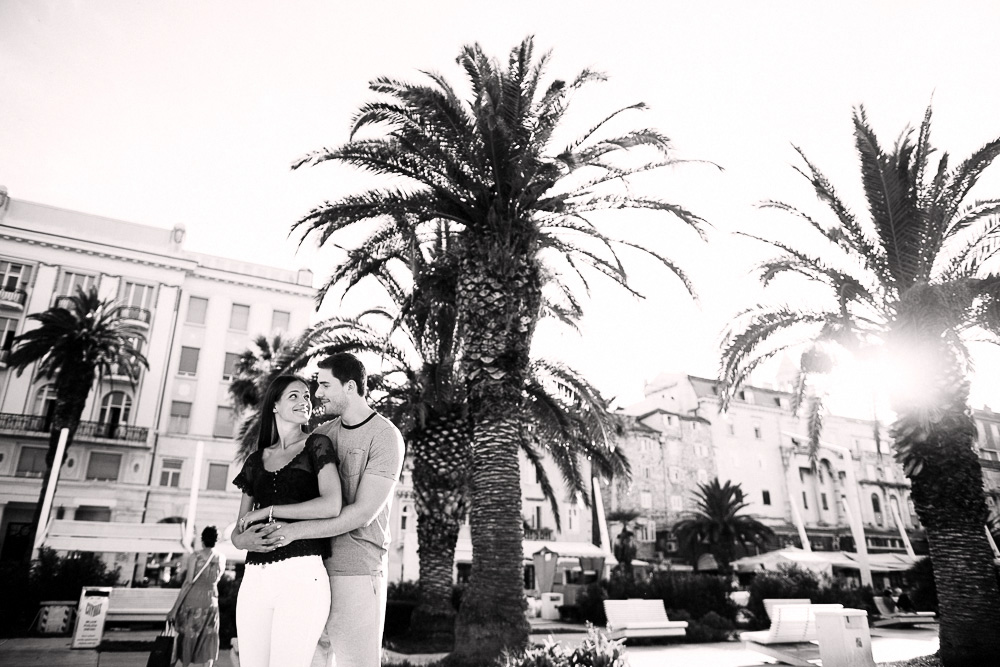 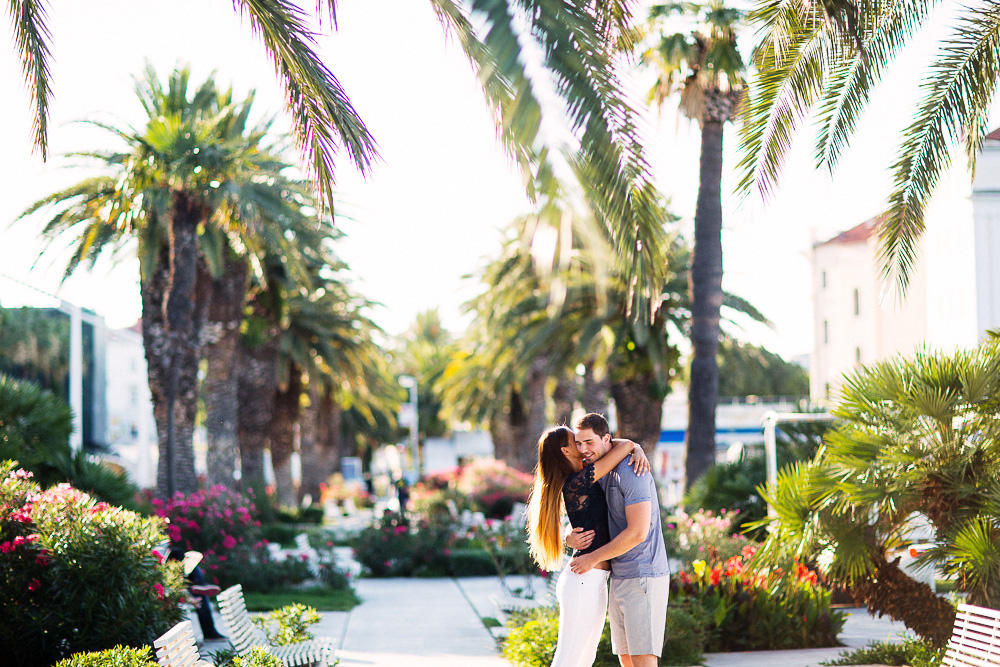 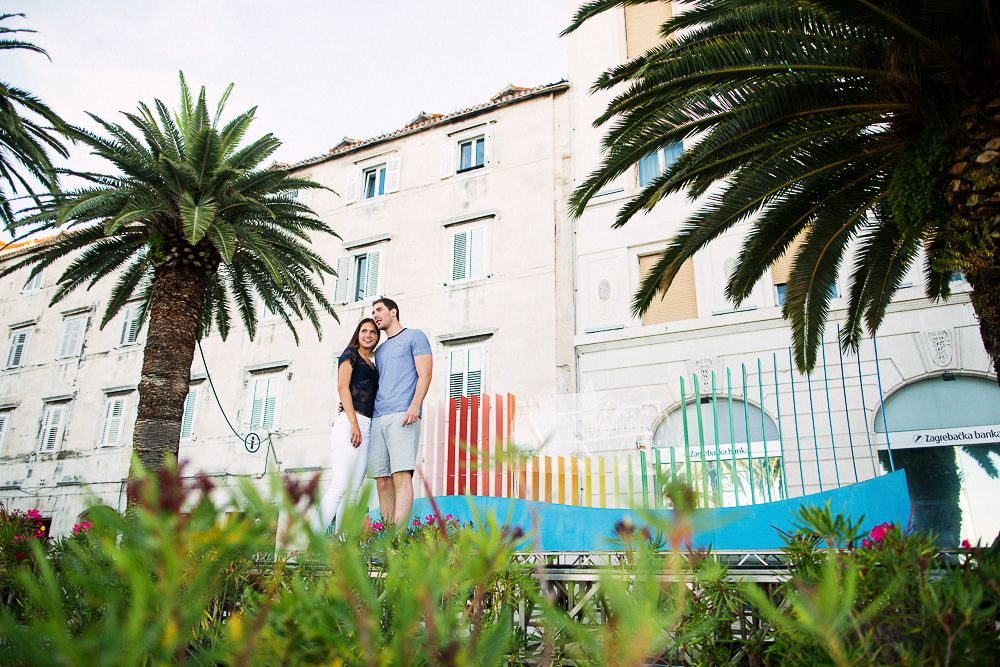 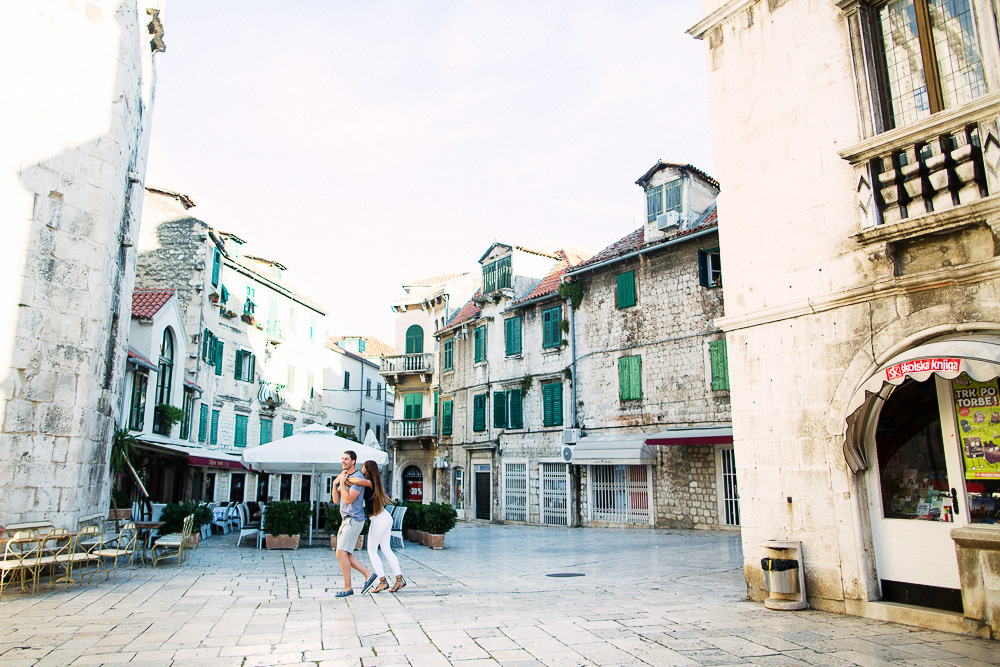 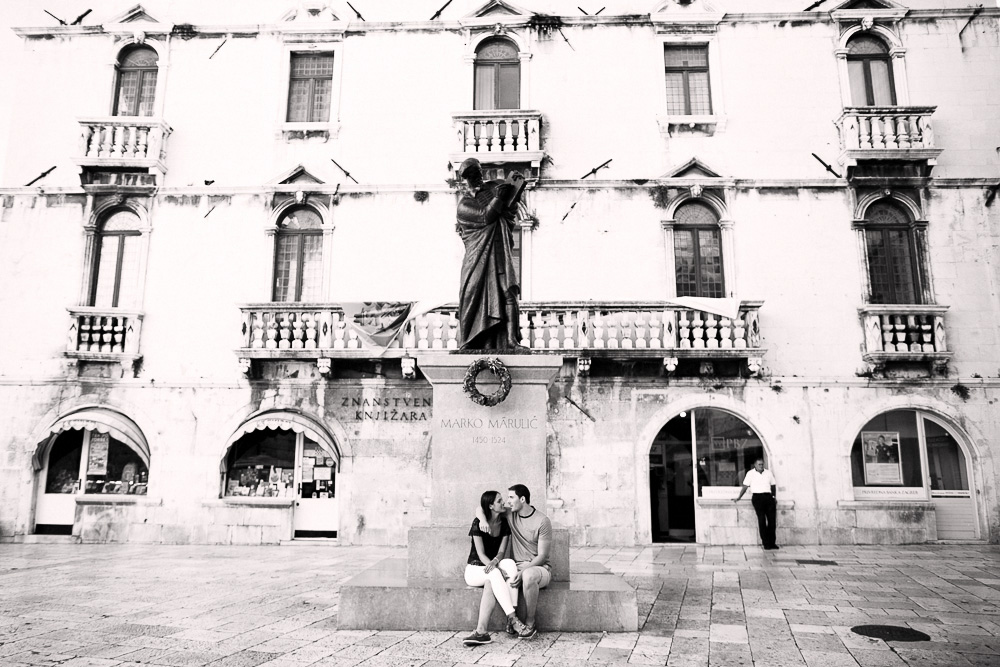 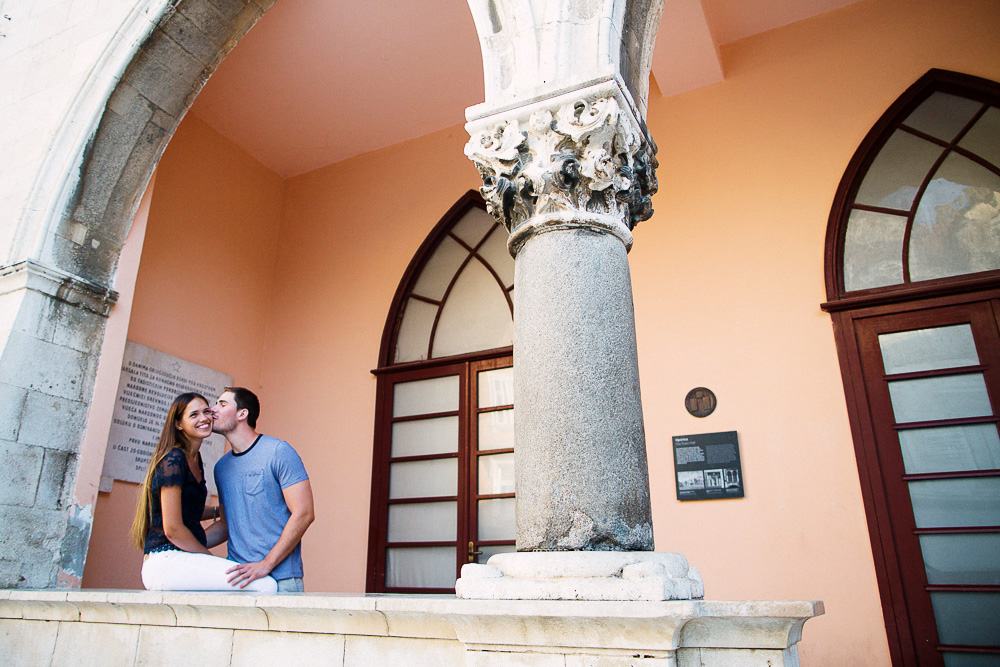 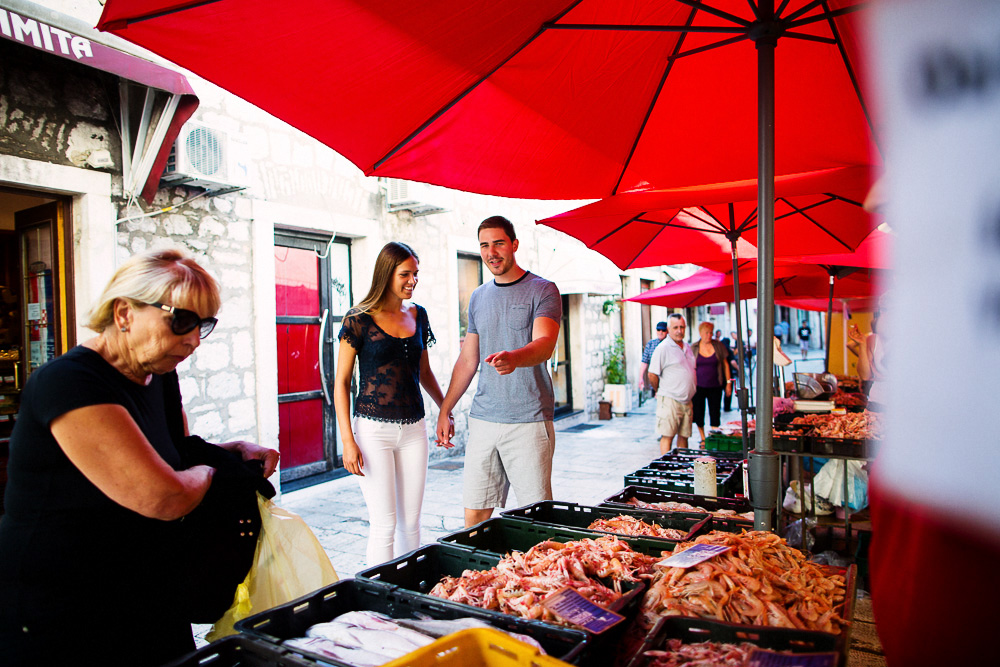 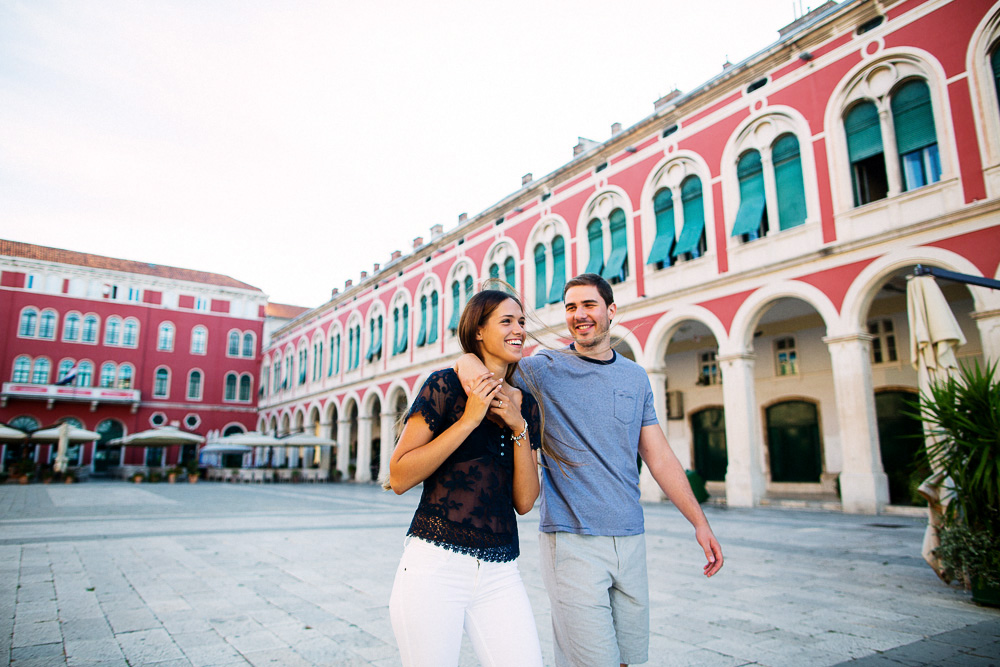 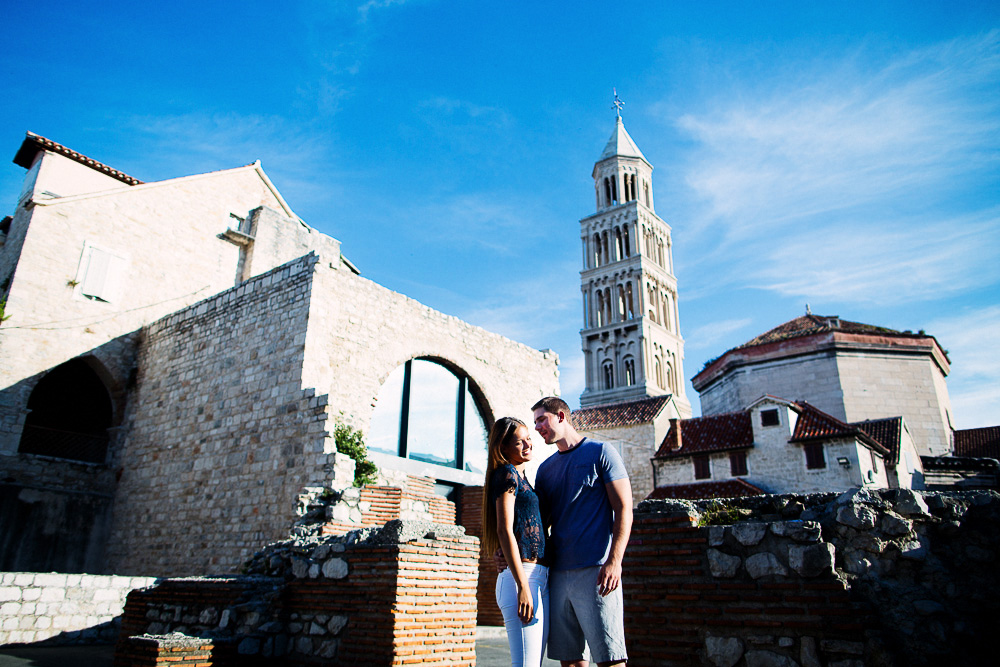 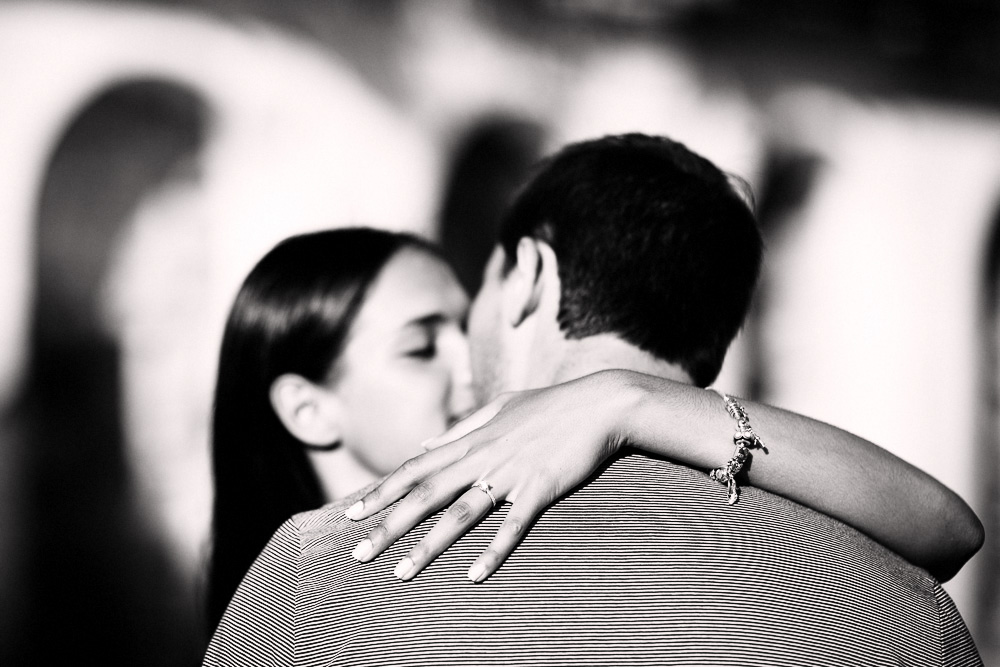 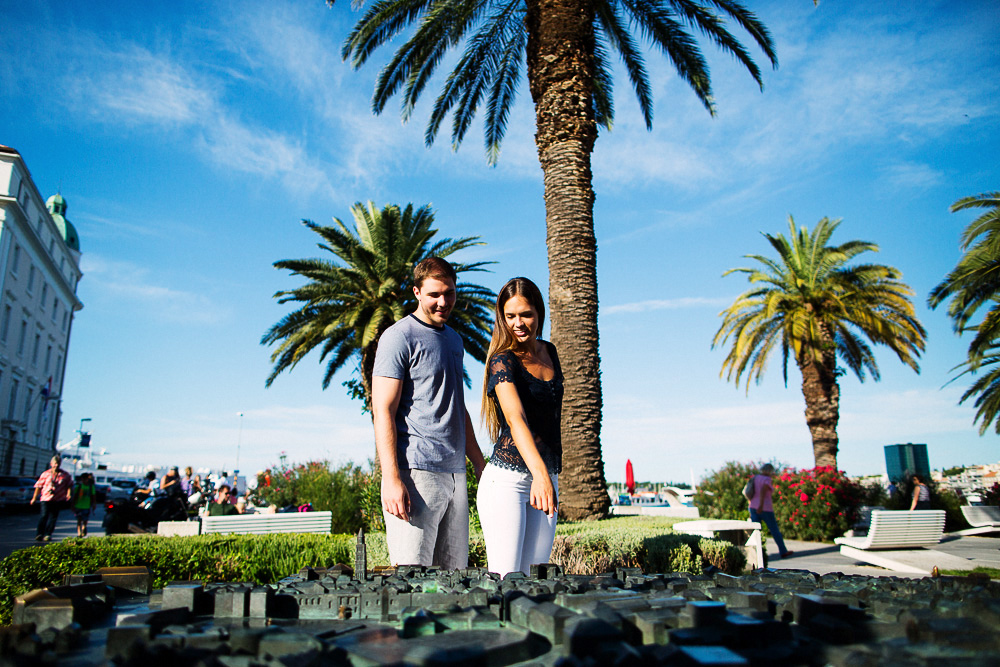 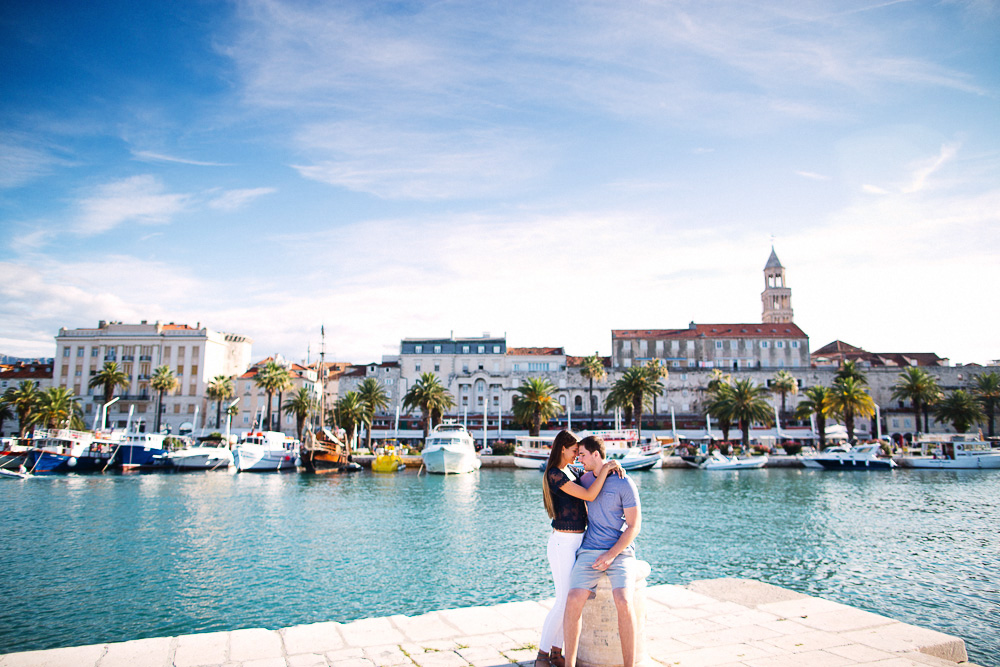 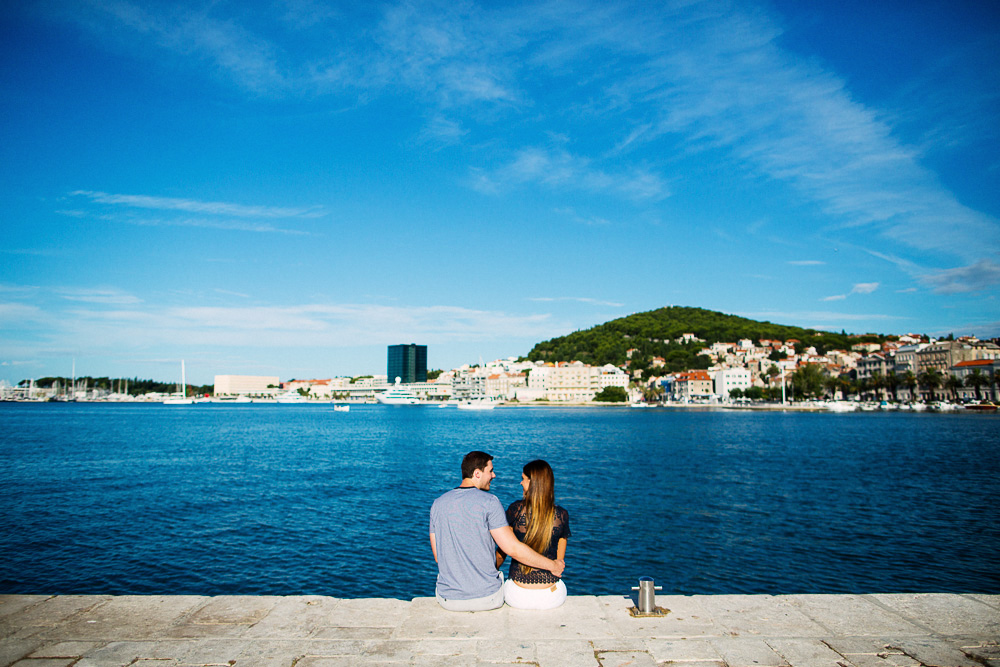